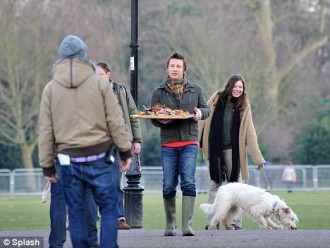 Animal Promotions are specialists in providing and training animals for the film, advertising and television industry, and are based at White Rocks Farm near Sevenoaks.

The farm boasts a superb setting in the Kent countryside, offering spectacular views across the fields and gardens, which are ideally suited for location work.  In addition there is also a purpose-built studio for all filming activities, measuring 9m x 7m in size, with fully equipped facilities to ensure the animals receive the best treatment whilst they are working.  We provide and train animals for all kinds of art related work, from stills to films. 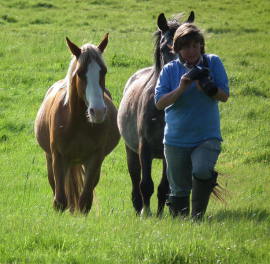 Sue Woods has been working with animals in the film industry since 1987 - starting with a cockerel on a Kellogg's advertisement.  She has compiled a very impressive CV over the years, with her biggest claim to fame being her introduction of the famous silver tabby cats into the Whiskas advertising campaign. She, in fact, worked exclusively for Whiskas for her first ten years in the business.

Sue's most enjoyable job was providing two of the silver tabbies used to portray shape-shifting Maggie Smith’s character Professor McGonagall in the first Harry Potter movie.  She also trained one of the black horses used in the famous Lloyds TSB adverts and the black cat from the Thomson Directory.  Sue's favourite saying is  "I don't work, I get paid to play with my animals"!

Recently, Sue has provided several of the domestic cats featured in the television documentary 'The Story of Cats'.

White Rocks Farm is set in an idyllic location just outside Sevenoaks, where it is nestled into a wooded hillside on the Greensand Ridge, providing breathtaking views across the Weald of Kent.  The farm is run by Sue Woods who has been working with horses, dogs and many other animals for over 30 years.